How Will the Pickering Airport Plans Impact Stouffville? 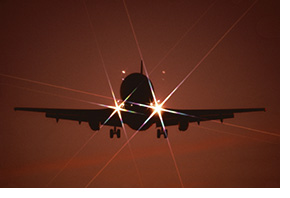 June 12, 2013 - In a surprise move, the federal government announced yesterday that it has finalized the plans for the Pickering Airport lands.

The lands will be used for an airport, urban and industrial development, and green spaces.

The decision was announced as two ministers, the Honourable Jim Flaherty and Honourable Peter Kent, also announced the allotment of almost 5,000 acres for the creation of the Rouge National Urban Park, which will be 13 times the size of Stanley Park in Vancouver.

Local Stouffville resident, Arnold Neufeldt-Fast, is concerned about the impact on the community of Whitchurch-Stouffville should a large airport be built on the Pickering lands. He has written an open letter to council, which we have reprinted in full below, asking our elected representatives at the municipal and federal level to make it clear where they stand on this issue.

What are your thoughts? Please let us know where you stand by sharing your thoughts in our new Pickering Airport forum.

I know that none of you are in favour of a Pickering Airport the scale of Pearson:


Both of you noted that you could, perhaps, accept something the scale of Buttonville, which is 170 acres in size.

The announcement yesterday was for 4,650 acres to be developed for the Pickering Airport -- the rest of the airport lands would be for the Rouge Park and other development. Pearson Airport is 4,613 acres in size.

I also ask the councillors about their response to the impact of the proposed flight paths/approaches extending directly over Ballantrae /Musselman's Lake and also from Gormley to Walmart to the landing strip? The S/E corner of Stouffville housing development would be exactly 3 km. from the landing strip, closer than to the municipal offices.

Is this a concern for you, given the announced scale of the airport?


This is an important issue for Stouffville, so please let us know what you think in the Pickering Airport forum!